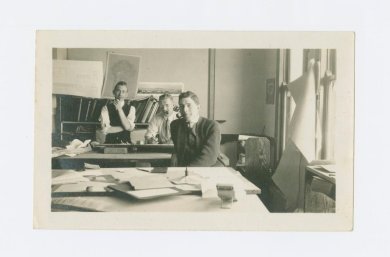 Early on in the cataloging project, I came across the Francis T. Underhill papers and instantly became fascinated. Francis T. Underhill had to have been a character. During his 66 years, from 1863-1929, he did SO MANY THINGS. Above are some images of material from the collection here at the ADC and below are some interesting facts about Underhill:

To view the finding aid for the Francis T. Underhill papers finding aid, click here. To view an article in the Montecito Journal by Hattie Beresford on Underhill, click here.